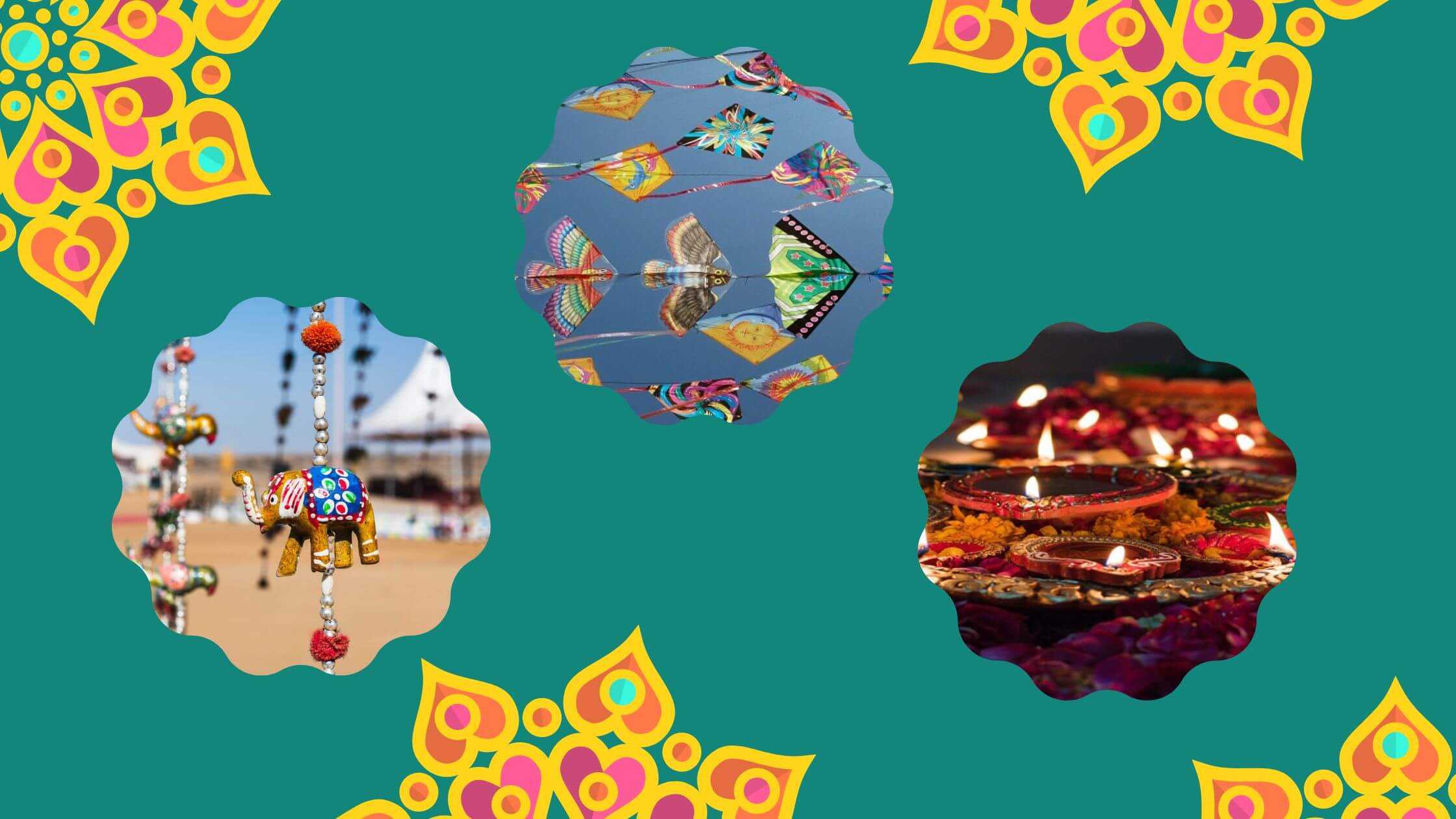 India’s winters bid farewell to the otherwise stifling summer heat waves and welcome a wonderful realm of fun and games in their place. More cool equals more enjoyment for you and your family. The commencement of cheerful holiday celebrations is also foreshadowed by winter.

India, the most popular cultural hub in the world, has a diverse religious population, which also contributes to cultural richness. Several different traditions and schools of thought come together to create a number of distinctive, lively, and colorful festivals.

Winter Festivals of India You Can Enjoy

Here is the list of Winter festivals in India. Check them out:

One of the main holidays observed in Gujarat is the International Kite Festival, also known as Uttarayan or Makar Sankranti. The Uttarayan festival, which begins on January 14 of each year during Makar Sankranti and lasts through January 15, is regarded as one of the most significant harvest days in India.

Two weeks into the new year, the colors grow more vibrant, and the happiness grows. India spoils itself with another large-scale event. The festival of Lohri is a typical Punjabi celebration that includes a warm bonfire, hearty folk music, vibrant costumes, and endless Punjabiness! Every year on January 13, the festival denotes a good harvest time. The days are becoming longer, and the nights are getting shorter during this time. The temperature is nice, and the cold is starting to fade.

The Jaisalmer Desert Festival is the ideal occasion to bring Rajasthan’s traditional way of life into the desert. Every year, it lasts for three days in February. You would be able to see the desert ship in a variety of shapes thanks to the event.

You’ll adore camel polo, camel decorating, and camel fur cutting. It also features camel gymnastics and formation dance, both of which are accompanied by music. Get ready to take in Rajasthan’s musical and cultural extravaganza.

In many parts of India, people of many faiths, including many Hindus, Jains, Sikhs, Muslims, and some Buddhists, observe Diwali, also known as Divali or Deepawali, throughout the course of five days. Another name for it is “the festival of lights.” Many Hindus burn “diyas,” or little oil lamps, to honour Lakshmi, the goddess of luck and wealth, on the occasion of Diwali. The lights stand for the triumph of good over evil and darkness. Diwali is one of the major festivals of India, which is celebrated with so much life and brotherhood.

The three harvest festivals celebrated in Assam include Magh Bihu, also known as Bhogali Bihu. The delicious feasts, such as rice cakes or Sunga Pitha, Til Pitha, and Laru, as well as bonfires and sports like tekeli bhonga and buffalo battling, highlight the pomp and celebration. By going there in 2022, you must capture the atmosphere of Bihu, a week-long Sankranti celebration in Assam that ranks among the best winter festivities in India.

Pongal, a four-day holiday that marks the conclusion of the harvesting season, is another important event observed in Tamil Nadu in the winter. Pongal, which in Tamil means “overflowing,” refers to an abundance of happiness, good times, and prosperity. The four days of the celebration are devoted to the son of God, the ruler of fire, the cattle, and the birds, in that order. Although January is arguably the greatest month to visit the state, it is occasionally disrupted by showers. Vanakkam!

The winter carnival, which has been held in Manali since 1977 to highlight the culture of Himachal Pradesh, has evolved into a spectacular event that is loved by all and despised by no one. You can participate in the most fun winter activities, such as skiing and ice skating, as well as move to the rhythm of folk music while watching a variety of cultural competitions. The Manali Winter Carnival, which is connected with exuding joy, unquestionably ranks among the winter festivals.

The Rann Mahotsav is one of the best winter festivals in India, lasting for three months and featuring live cultural performances, real Kutchhi food, and 400 magnificent tents put up on 7000 square feet of pearl white sand (the vista of moonlit white sand is one you don’t want to miss out on!).

The state of Nagaland honors its 16 native tribes in the most amicable way conceivable in the far east of India. Be a part of the harmonious blending of food, dancing, music, and color. A few events planned to highlight the cultural diversity of the tribes in the revelations of Hornbill festival include drum beats, folk melodies, performances of war dances, headhunting rituals, vehicle, and bike adventures, fashion shows, and the wildly popular chili eating contest. Its blending of tribal culture and the beautiful greenery and hills make it one of the most well-liked Indian festivals!

The Goa carnival is the place to go if you want to immerse yourself in the culture and tradition of Goa fully. Over the course of the four-day festival marathon, Goa is covered in floats and troupes of vibrant participants. During the months of February and March, the climate in Goa is somewhat chilly, with hints of light humidity. The days are getting warmer, but the evenings are still cool and cozy. Even though the festival’s preparations start in December, excitement doesn’t really get up until a month before the carnival. The carnival mood imparts a long-lasting sense of euphoria.

This celebration, which originated in 1929 and is locally known as Kutcheri Session, is among the oddest to occur during the winter. As a result, a full month is dedicated to celebrating the best South Indian music and dance. The majority of the concerts happen between December and January when attendance is at its highest. The instrumental and vocal Carnatic music concerts that take place across the festival’s many neighborhoods are its principal draws.

India’s winters promise to be quite exciting and enjoyable. The weather throughout the winter allows you to experience India’s huge and fascinating cultural diversity, and each of these Indian festivals has its own unique selling point.

So, which are your favorite winter festivals in India? Let us know in the comment section below. For more interesting articles, visit Travelist.